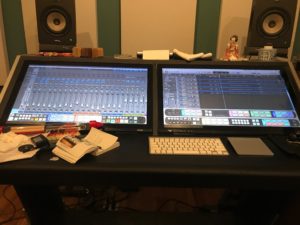 February finds Trout Fishing in America deeply immersed in studio work. It may be cold outside, but Ezra is on fire! He’s learning how to operate his new recording board, making quantum leaps forward every day. He is impressing and amazing me, which is a tough thing to do when you’ve worked together 40 plus years. I don’t know where to begin telling you about all the great stuff we have going on! But I will…

THE (Not So Distant) PAST 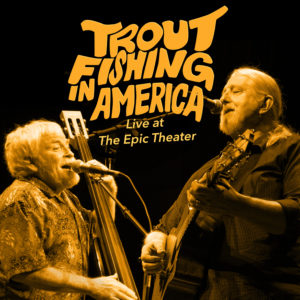 On January 19th we recorded 2 live concerts at The Epic Theater in Grand Prairie, TX. What a great facility! The crew was fantastic! We’d like to thank all of you who made it out for those shows. On the day after the recording, Ezra mixed the tracks with Dave Wietzel in The Epic’s state of the art control room. We came home to the Trout Studio where we did the final edit. I say “we” …more like Ezra did 99% of the work while I watched and told him what a great job he was doing. The project (Trout Fishing in America, Live at The Epic Theater) will soon be sent to Mastering and Production and should be released early this Spring. Yes, pre-orders are available.

Also, don’t forget our limited-edition release, “The Dusty Dozen“. It’s a 12-song CD   covering the Trout years from 1980-1988. I can’t stop listening to it! So much fun and so many memories. It is a one-time limited edition; only 300 discs were made. As of this moment, we are down to our last 12 copies.  Like the past itself, when it’s gone, it’s gone… 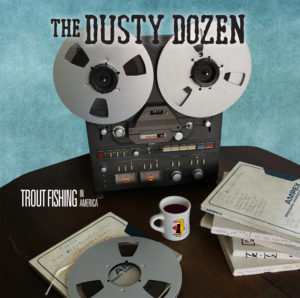 In March we will leave the friendly confines of the studio and hit the road again. First, we head to Texas for shows beginning March 1 in Tomball. If you haven’t been out to Main Street Crossing in Tomball, you really should. It’s a great listening room (and restaurant) with an impressive entertainment calendar. On March 2, we’ll return to The Backstage at El Mercado in Austin. It’s a cool listening room reminiscent of the old Texas Opry House (from ‘BACK IN THE DAY HOUSTON’) except it’s a bit smaller and El Mercado serves awesome Mexican food. What’s not to like? On our way home, we’ll stop in at Poor David’s Pub in Dallas on March 3 to help David Card celebrate his 42nd anniversary of presenting great live music. Way to go, David!  Then we head west to Taos, New Mexico for our premier performance at the Taos Mesa Brewing Company (The Mothership location). Tell all your friends and let’s fill this place up on March 8 so we can make a good impression. Then on the 9th, we visit our friends in Alamosa, Colorado for a show at Society Hall before finishing up the tour at the legendary Swallow Hill in Denver on March 10.

But wait, there’s more! Later in March, Craig Calvert and Connie Mims will take a field trip up to Arkansas to work on Wheatfield’s latest album. While they’re in town, Wheatfield will play a concert in Fayetteville on March 23rd. More details about the show will post on Wheatfield’s Facebook page and their website. As always, you can check out Trout’s full concert calendar for a further vision into the future.

Keith (and Ezra says hi from the control room)

This entry was posted in monthly letter. Bookmark the permalink.

One Response to February 2019