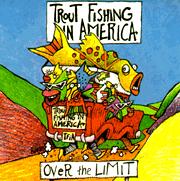 Over the Limit was named Indie Pop Album of the Year in 1992, cementing Trout Fishing in America’s reputation as (in the words of Nashville Scene) “one of the most energetic and innovative” bands around.

2 Responses to Over the Limit